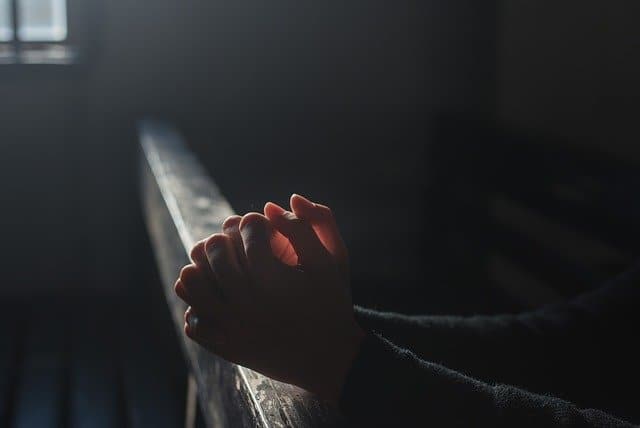 Who Wrote The Fireman’s Prayer?

The Fireman’s Prayer, a widely known poem amongst all firefighters today, dates its origins back to the mid-1900s, shortly after the end of the World War II.

Until recently it had primarily been spread by word of mouth, and not much was known about the original author of the poem.

Often disclosed as a poem by an ‘unknown author’, this was one firefighter’s heartfelt prayer to God on a fateful evening when he was on duty. His name was A.W. ‘Smokey’ Linn.

Linn joined the Wichita, Kansas Fire Department after having served in World War II. In 2006, his granddaughter Penny McGlachlin, recalled a story where they knew firefighting was in his blood.

She spoke about an incident at his home, where, although quite young, he drove his model truck safely out of a burning barn, with no regard for his burned clothes.

This is how he earned the nickname “Smokey.” His family, friends, and the firefighters still fondly remember him as A.W. ‘Smokey’ Linn.

The actual incident that inspired Linn to write this prayer is chilling.

One night, he arrived on scene of a fire where several children were trapped in a building fully involved in flames. The firefighters on call that night watched those helpless and desperate little faces stare out as they knew there was nothing they could do to save them.

Try as they might, Linn and company were unable to make the rescue due to the iron bars that formed a part of the windows. They did their best to control the fire, but at the end, three children did not survive.

That night, something stirred in the heart of ‘Smokey’ Linn, and he penned down his earnest emotions in the form of the poem now popularly referred to as the Fireman’s Prayer. The touching words of the prayer show the pain and overwhelming emotion he was battling as he wrote them.

It is often difficult for most people to understand what a firefighter goes through in the desperate moments of trying to save human life.

The Fireman’s Prayer is a small glimpse into comprehending the pain they endure when not being able to save someone, the joy when everything works out well, and the apprehension about the future of his family he may leave behind while on duty.

The poem was originally published anonymously in 1958 as part of the book A Celebration of Poets, and Linn’s family is now looking at ways to ensure that he is given proper credit for his work.

A.W. ‘Smokey’ Linn served the fire department until 1975 and passed away from illness in 2004. The ending lines of the prayer are still engraved at a fire station in Maine, dedicated to those brave firefighters who lost their lives saving others.

“When I am called to duty, God whenever flames may rage,
Give me the strength to save some life whatever be its age.
Help me to embrace a little child before it’s too late,
Or some older person from the horror of that fate.
Enable me to be alert and hear the weakest shout,
And quickly and efficiently to put the fire out.
I want to fill my calling and give the best in me,
To guard my neighbor and protect his property.
And if according to Your Will I have to lose my life,
Please bless with Your Protecting Hand my children and my wife.”

The History of the Maltese Cross: A Simple Guide