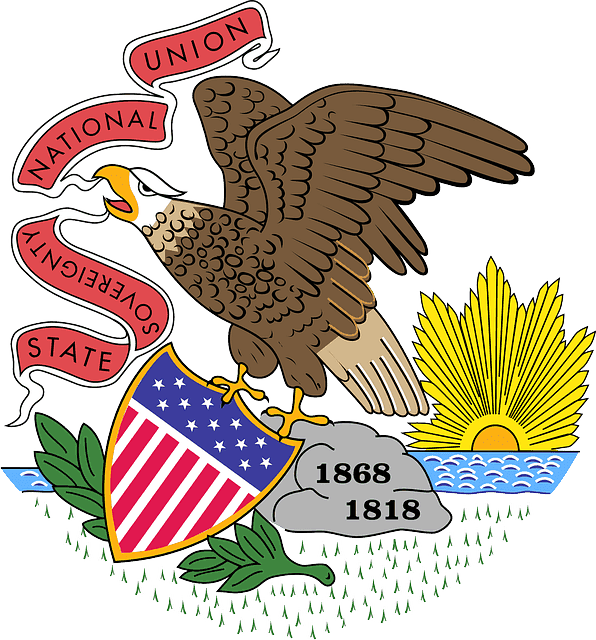 When it comes to learning how to become a firefighter in Illinois, most aspiring firefighters immediately think of the Chicago Fire Department.

The city dominates the state in terms of its population and influence on the rest of the country. It makes sense to assume that this is where all the action, funding and best salaries lie.

There is a lot more to firefighting in Illinois than this one metropolitan jurisdiction. What does it take to be a firefighter in Illinois and what opportunities does the state offer?

How to Become a Firefighter in Illinois

The first thing that you will notice here is that age limit. The majority of departments here don’t want to hear from you if you haven’t reached your 20th birthday or are in your mid-thirties. It is worth checking with departments for waivers if you have a military background.

Most of the other factors in the hiring process remain the same. There are the same firefighter interviews, background checks and physical agility tests.

In this guide, I want to talk about the different responsibilities of firefighters in Illinois, the fire academies and two very different departments.

It is remarkable how many people and how many goods and resources pass through this state on their way to other destinations. The Port of Chicago is a massive network sending and receiving ships to the Great Lake network and major rivers in the US.

There are lots of workers, vessels and risks of fire, medical emergencies and contamination. Firefighters in the area need to be able to handle any calls that come in to help keep the port running smoothly.

The same is true for O’Hare International Airport, which is one of the busiest in the world. Crews trained in airport crash and major operations must be on-call in case of emergency here. This, along with the other challenges of metropolitan Chicago, can make life as an Illinois firefighter very exciting.

Of course, there is much more to Illinois than just Chicago and this busy Northeast sector. The state is 390 miles long and has the 6th highest population at over 12.5 million.

Many live in other major towns and cities further south and they need teams that are equally dedicated and knowledgeable. There are also smaller communities in the plains and the Shawnee National Forest in need of protection. The latter will always need firefighters that are trained in wildland management and other rescue skills.

If you want to train to be a firefighter in Illinois, there are a few options available to you. There are college courses where you can start your education before you reach the required minimum age. There are also fire academies and other training schools. Options here include:

There are two sides to the Illinois Fire Service Institute that relate to two different types of students. The first is the academy for the new recruits that need to earn their Firefighter 1 and 2 certificates.

This facility is a great place to get hands-on experience with all the apparatus and strategies needed in an entry-level role. It is tough but effective.

Then there is the other side for those that are already qualified. The center runs a series of additional courses in subjects such as hazardous materials, vehicle operations, technical rescue and more. This means that firefighters can expand their knowledge with familiar instructors in the same facility. You can learn more about their programs here.

Romeoville is home to the BOF Academy. Be aware that they take things very seriously here with what they call a “pseudo-boot camp style” system for entry-level firefighters.

The idea here is that this strict, fast-paced approach gives their students a chance to experience firefighting at its best and worst. They can come out of the program with all the necessary knowledge for their Firefighter I and II certificates.

The Romeoville Fire Academy runs four BOF Academies each year, so it is important to book your spot early. Learn more about the academy here.

The following is a list of major fire departments in Illinois.  While it isn’t comprehensive it’s a great place to start if you’re interested in learning more about how to become a firefighter in Illinois.

How to Become a Chicago Firefighter

I have to start by talking about Chicago because it is such an important part of the Illinois fire service. There is so much that happens here and so many people to protect that it requires a lot of trained personnel with the very best skills.

As you might expect, this is the largest department in the Midwest. The department looks after the 65% of the state population that resides here, the infrastructure and businesses across the 5 districts, the port, lakefront and the airport.

Looking after all this means plenty of divisions and a lot of equipment for crew members to get to grips with. Fire suppression is the main focus of the 4,500 crew members in the 100 firehouses in the jurisdiction.

But, there are also divisions for medical emergencies, Special Operations and Fire Investigations. The specialist units include their hazardous material team, a technical rescue task force and the air-sea rescue unit for the port and lake. You can find out more about the opportunities they offer here.

How to Become a Granite City, IL Firefighter

For the sake of contrast, I have chosen to highlight the fire department of Granite City as my other fire department in this guide. This is a smaller city with a need for a much smaller department.

The jurisdiction area is just 19 square miles with 30,000 residents. They only get 5100 calls per year and respond from three stations. However, the range of divisions and specialist skills is advanced.

Firefighters here need to be sure that they are on top of their game and just as efficient as those in Chicago. That is because this department has divisions in advanced EMS support, disaster management, arson investigation, hazardous materials, vehicle extraction and technical rescue.

That technical rescue unit offers the chance to work in confined space rescues, water and ice rescues and rope access. Therefore, the crews here really are ready for anything. You can learn more about the department here.

Job Prospects for Firefighters in Illinois

As of 2018, Illinois is the state with the fifth-highest level of employment for firefighters with 17,170 and a ratio of 2.87 per 1000 people. Looking at high employment rates by metropolitan area, the Chicago-Naperville-Elgin area of Illinois, Indiana and Wisconsin was the largest with 13,090 staff and 2.82 jobs per 1000 people.

The annual salary of firefighters in Illinois is a little above average with the rate last year averaging at $56,710.

This will vary depending on your location. For example, that high paying metropolitan area around Chicago paid significantly more at $63,410. When comparing this to the West Central Illinois non-metropolitan area, we see a vast difference of $30,740.

If you’re interested in learning how to become a firefighter in Illinois, you must know there are big differences between the rural areas and the city of Chicago. It is understandable if firefighter applicant would prefer to go and work and train there because there is double the pay.

But, there can also be those higher expectations in Chicago and more competition. Both sides of Illinois allow for a rewarding career if you take the time to learn about its roles and train accordingly.

You can enjoy serving your community in the cities, the smaller districts and anywhere in between while gaining a great education at one of those community colleges or training centers. Make the most of the chances available to you when becoming a firefighter in Illinois.

link to Paramedic vs. Nurse: What's the Difference?

A job in the medical field is rewarding in that every day, you’re also preserving something very valuable: human lives. Yet the job responsibilities of a paramedic compared to a nurse are not quite...

Continue Reading
link to Can a Paramedic Pronounce Death?

As an emergency care provider, paramedics encounter death all the time. Although paramedics will do what they can to save lives, what if their measures don’t work or what if they arrive too late?...