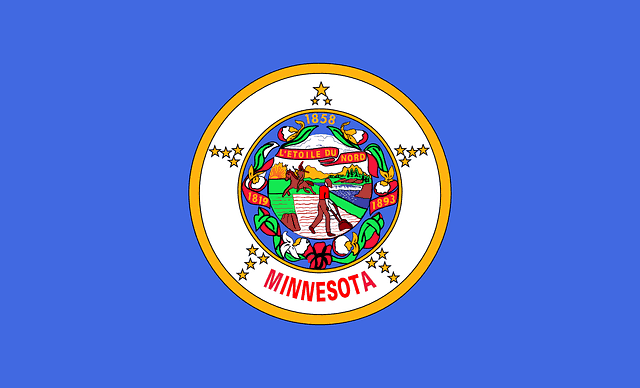 It may seem like it would be quite a quiet place to learn how to become a firefighter in Minnesota, but there is far more going on than one would suspect.

This northern state is fairly rural with most of the population and industry-focused in one area. Yet, there are different challenges faced in different areas of the state – from the vibrant metropolitan area to the icy lakes in winter. Therefore, you need to know what is necessary to become a firefighter in Minnesota.

How to Become a Firefighter in Minnesota

The minimal qualifications in Minnesota are fairly relaxed as compared to some states. There aren’t the same concerns about age restrictions or training in some areas. But that doesn’t mean that you shouldn’t expect to study hard and work hard.

Recruits here need to know a range of skills to handle the different responsibilities that Minnesota brings after they pass the screening and background checks.

In this guide, I want to look at the contrasts of the north and south of this state. What does it take to work in the northern countryside and down in the large metropolitan area of the twin cities? I will also talk about some of the fire academies in the state and the major fire departments.

Those that want to work for a major city and enjoy a more varied series of calls need to look at working in the Minneapolis-St. Paul area of Minnesota. The 2010 census recorded a population here of nearly 3,700,000 million people.

This is significant when we consider that the state’s entire population at the time was just over 5.3 million. The metropolitan area contains the best of the state’s businesses, sports teams, cultural centers and transportation hubs. That means a lot of vital resources to protect in a small area. It is also home to its own International Airport.

Firefighters here must be on their guard to help with all kinds of accidents and emergencies. The urban population is always going to be at risk of fire, so they need the best suppression methods and training for different structures and incidents.

There are also more medical emergencies here and risk of hazardous material contamination, structure collapse and other accidents.

Minnesota is regarded as the True North of the US because of the location and the climate of the state. But, even those that live in the metropolitan areas of Minnesota like to make a point of heading north for vacations.

Many escape the cities to head into the national parks and up around the lakes. There is a connection to the great outdoors here as people explore the forests and fish in the ice. However, these outdoor pursuits can bring their own dangers.

The icy waters can be very dangerous if people fall in or get trapped in bad weather. Some urban dwellers can underestimate the terrain of the forests, injury themselves and require medical attention. There is also the risk of wildfire in these areas in the summer months.

This means that the fire departments of these Northern districts need to be just as well prepared to help people throughout the year. In the summer, they will see an influx of visitors returning to residences that were empty in the winter. Those that are more reckless may need help from specialist water rescue teams.

Then there are the increased risks of wildfire calls and medical incidents as the population increases. When the winter rolls in, some will continue to test the ice and find themselves in need of ice rescue.

There is also the increased risk of vehicular accidents on icy rural roads and all those uninhabited buildings to protect from fire risks. Vehicular skills, paramedic skills and structural fire skills are all useful in this area.

Minnesota State has its own school to teach students the basics in fire, EMS and rescue skills. Students here can train in a range of different courses. Some are designed for those that are completely new to the profession while others are aimed at those with some previous experience.

New recruits can gain experience in EMS skills and basic fire training to prepare for entry-level certificates. Qualified firefighters can learn about different materials, rescue techniques, medical skills and more to help improve their abilities out in their community. You can see the full range of courses here.

Lake Superior College in Duluth provides students with a few different options in the world of fire science. There are associate degree programs here on Fire Officer training and Fire Science and Administration.

The latter is part of a transfer pathway where students can work on their first two years at the college and then, if desired, move on to Minnesota state for a full degree. The associate degree on its own should still be enough for most people that want to make a start in the fire service. The full degree brings more opportunities for managerial roles. Learn more here.

The following is a list of major fire departments in Minnesota.  While it isn’t comprehensive it’s a great place to start if you’re interested in learning more about how to become a firefighter in Minnesota.

How to Become a Minneapolis-St. Paul Firefighter

As I talked about this Twin City area as one metropolitan region, I should take some time to mention the fire departments here. Each city has its own fire department that is responsible for its own portion of the area.

In St Paul, there are 15 fire stations looking after calls for fire suppression, medical incidents and other problems. The city has some clear expectations of what it takes to work there. They want someone that can balance leadership skill with the ability to be a team player.

They must also be able to solve problems effectively and show self-control in “chaotic situations”. Finally, they talk about the need to have people that understand the diverse communities of the city and its needs. Residency of at least one year in the city is a must. You can learn more about this department here.

Over in Minneapolis, there are lots of divisions and specializations to ensure that their firefighters can handle every call with ease. This includes the Haz-Mat center and the divisions for Collapse and Urban Search and Rescue.

There are also lots of firefighters trained in Water Rescue, Ice Rescue and Swift Water Rescue in their 19 stations. Essentially, this means that if you come and work here, you can expect to be able to deal with anything that you will find in the entire state. Find out more here.

How to Become an Andover, MN Firefighter

I also want to take a moment to talk about the scale and perspective of one of Minnesota’s smaller departments. The Andover Fire Department only has 55 paid-on-call firefighters that work out of 3 stations.

However, they did receive the award for 2019 Fire Department of the Year, which shows that they know how to take care of their community.

There is a clear community focus here where the residents and fire crews work together for a better city. For example, they have an Adopt-A-Fire Hydrant program where residents are responsible for clearing the area around the hydrant on their property.

This makes things easier for the firefighters to get on with their important jobs. Learn more at facilities and prospects of working in Andover by heading to this link.

Job Prospects for Firefighters in Minnesota

There are two sides of the story when we look at the job prospects of Minnesota compared to its immediate neighbors. The state employed a lot of firefighters compared to both of the Dakotas.

However, North Dakota and South Dakota firefighters got $42,980 and $44,710 on average per year respectively while Minnesota firefighters were paid $37,690. The metropolitan area of Minneapolis-St. Paul-Bloomington that stretches between Minnesota and Wisconsin was the 10th in the nation for metropolitan employment figures with 4,780 employed.

That is a massive percentage of the state’s personnel and it shows the draw of Minneapolis as an employer for career firefighters.

It is fascinating to learn how to become a firefighter in Minnesota. There are so many different opportunities and skills to learn that could save a life.

Also, while it may seem quieter up here, there are seasonal risks all year round in the north and constant calls in the cities.

Therefore, you need the right levels of passion, determination and skill to make it as a firefighter in Minnesota. Find the right course for you, focus on the type of role you want and make sure that you can provide the best possible service to those in your community.