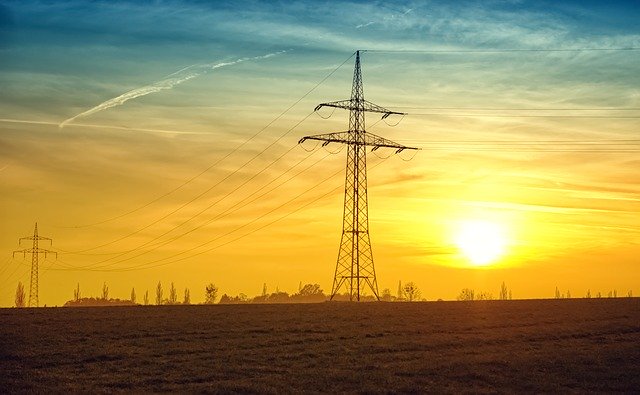 Tower rescue is a very unique and dangerous type of rope rescue.  The role of a firefighter varies depending on your department and location, and you never know what your next job will entail.

Structural fires can come in all different shapes and sizes and don’t all center on traditional buildings.

Sometimes firefighters will be called upon to attend fires, structural incidents and victim rescues in towers such as those used to support power lines, water towers, windmills or communication towers.

So, what do firefighters need to know and what training is available to handle tower rescues?

In this guide, I will discuss the training that firefighters must go through to become certified to handle tower rescue situations.

I will discuss some of the basic requirements and considerations that crews have to make at the scene. This will give you an idea of what to expect with this sort of rescue attempt. Before that, I want to briefly mention the dangers of these communication towers.

How dangerous is tower rescue?

There are lots of communication towers all across the US that provide citizens with vital services and connectivity. We can’t function in our day-to-day lives without them, but also wouldn’t give them a second look if we drove past them.

Therefore, we don’t always consider just how essential and vulnerable they really are. OSHA has a list of incidents that they investigated between 2011 and 2013 and it makes for grim reading.

So many workers fell to their deaths either due to a fault in their equipment, being struck by items they were hoisting or through pure accident.

This doesn’t consider all the times when communication towers catch fire by malfunctions with the wiring, surges in power or lightning strikes.

The towers can also suffer damage in bad storms and high winds. Where there are fires and potential victims, there is a need for fire rescue. That is why firefighters and other rope rescue technicians will need to take specific tower rescue courses.

There are several different courses available when training in Tower Rescue.

To begin with, firefighters may take part in a smaller, more basic courses at a fire academy where they learn about the issues involved in tower rescue situations. Some course providers can do this in around an hour in a classroom setting.

It really is mostly about the theory of what to do in these types of situations. Important topics in this awareness course include the following:

So, let’s take a closer look at these different topics to get a better idea of what tower rescue is all about.

There will be many different towers and structures in your area and understanding the structures of the towers and their purposes help firefighters better understand the situation they may walk into.

The more knowledge you have about the types of tower, especially those within your own jurisdiction, the easier it is to form a plan of action.

It is important to know whether or not these towers are freestanding or guyed. This is important when determining hazards and plans later on.

The purpose of the tower is an underlying factor in the risk and potential cause of the fire.

What is the cause of a tower fire?

If you are attending a scene because of a fire, you need to know what the likely cause is, and the secondary risks caused.

Electrical towers with power lines may be struck by lightning or develop power surges that start fires at the top of the structure. This can lead to risks of collapse and electrocution for any live wires.

The incidents at these towers could involve victims that are injured or trapped in some manner.

Some may be stuck at the top of the tower and unable to get back down on their own. They may have become trapped by their own rope system or damage to the structure.

Who are the victims and how can their situation affect the rescue attempt?

Whatever the type of tower and the reason for the fire, there may be workers at the tower in need of assistance.

They may have been working on the structure when the fire started and suffered burns, smoke inhalation, electrocution or entrapment in the structure.

This means a need for both fire suppression and efficient tower rescue plans to bring them to safety. There will also be plenty of incidents where there are calls for aid to workers and no fire.

Many can become stuck at the top of the structure if their rope system fails, if they are injured in some way or if they get sick. The heat and altitude up there can be a risk.

There is also the chance that firefighters will have to attend those that have fallen and become trapped partway down the structure on their safety ropes.

Another factor here that is mentioned in NFPA guidelines is one that trainees might not consider at first.

They advise teams to gain as much information about the victim as possible, including their mental health status and authorization to be on the tower.

This brings up an interesting point.

You can’t assume that all victims on high structures are workers linked to the telecommunications or electricity company.

Some people will climb the towers on a dare, to get attention, to make a protest, suicide or for reasons only they can explain. This additional piece of information can help teams with their approach.

Will you need to call in specialist medical help or police assistance at any point?

Also, unauthorized victims are less likely to have the safety equipment needed to protect them on top of these structures. Their injuries and risks of exposure could be worse.

Understanding and using the correct equipment for the job

All firefighters that handle calls involving tower rescue must be aware of the appropriate safety equipment needed to complete a rescue.

While it may seem as though accessing the victim is the main priority, teams can’t do so if they are not able to create a secure route to their location.

For example, a clause from the NFPA codes states that every member ascending the tower “must be protected from a potential fall with equipment and methods that provide protection” and go on to say that this equipment must be “at least equivalent to the protection that might be expected for a worker on the same tower”.

The equipment used here isn’t going to be the same as that used in other fires or in other rope rescues. Firefighters can’t ascend a tower to put out a fire or retrieve a victim in their normal gear.

There also has to be a clear understanding of all the ropes and harnesses that are used in these rescue attempts. I have another guide on this site that is a high-angle rope rescue will have some idea of what it takes to set up ropes, pulleys and other systems on a vertical descent. They will know about the different ropes and knots needed for certain jobs as well as some of the hazards involved.

There is also a need for some basic EMT and BLS training so that those that take part in tower rescue can treat any patient at the scene.

With that said, no-one should go into tower rescue training with any false scene of superiority or any complacency over their skill level.

Tower rescues are a unique situation with their own challenges and risks. You need to be prepared for anything that might come your way during these situations and to adjust plans accordingly.

Finally, take advantage of any tower rescue training courses available to you.

If you already have some basic rope skills courses and first aid courses under your belt you can always expand on that knowledge by learning more advanced techniques.

Tower rescues on these sorts of structures may seem like a pretty niche incident that won’t happen all that often.

Still, there are more tower around than you think and more tower fires than you might realize. If you want to be involved the next time there is a tower rescue in your district, get yourself certified so that you understand everything that is involved.

Start with the basic understanding, move onto the practical training and keep on building your knowledge.

Other resources you may find useful:

7 Knots Every Firefighter Must Master

What Is A Z-drag and How Does It Work?

link to 21 Best Side Jobs for Firefighters

Does your firefighting schedule have you working one day on and then off for two or three days?  If so, then you might find that your wallet has nothing but figurative flies in it by the end of...

I strongly believe that you should never underestimate the importance of education and training in the fire service, which is why I have compiled a list of the best college degrees for...