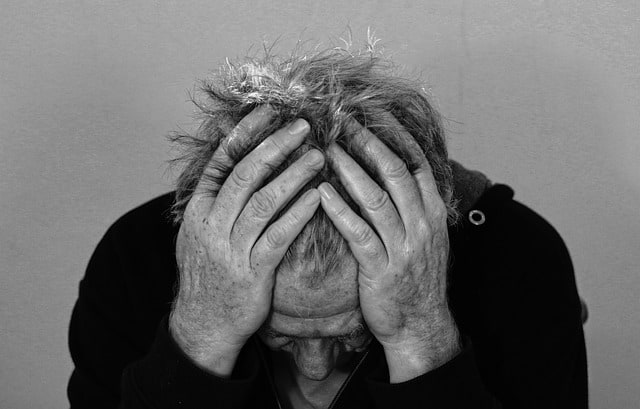 Everyone makes mistakes when they start a new job, but rookie firefighter mistakes can especially dangerous to your career and possibly even your life.

It doesn’t matter how qualified you are for the post or how much you prepare for your first day. Something will go wrong because everything is new, there is so much to take in and you are going to be nervous.

The same is true for firefighters when they start work at a station. Training can only prepare rookie firefighters for so much.

In the end, they will have to face real crew members and real situations. Everyone in the service can look back to rookie firefighter mistakes they made – some embarrassing and other pretty funny.

Veteran firefighters are sure to look at these and see their former selves (I know I did).

My aim here is that these tips won’t just provide trainees with tips on what to avoid.

Instead, I want to show rookies that it is OK to make most of these mistakes as long as you learn from them.

The errors listed range from behavior at the station and mistakes with equipment to general attitude issues.

1) Not being on time…every time

Some rookie firefighters have the wrong idea of what punctuality actually means on the job.

There will be many of you that turn up right at the start of their shift, ready to fight the next fire, and assume they are on time. Senior staff at the station wouldn’t agree.

Ideally, firefighters need to have some overlap with the previous crew so that everything runs smoothly, preferably 30 minutes.

Crews need to be ready to take over for any job that comes in at the moment that their shift starts.

As the saying goes, early is on time and on time is late.

2) Not engaging with other crews

Some rookie firefighters may assume that their business lies with their personal tasks and own crew members. One shift leaves, and another takes over.

This is where getting to work early helps.

It is important to discuss issues from the previous shift with outgoing crews to work on solutions.

Perhaps there is a problem with an engine, some outstanding paperwork or another pressing matter.

Rookies that tend to ignore the other crew will be out of the loop and may not be able to offer an effective service.

A good rapport with these crew members also helps newcomers to build their reputation across the department.

3) Not engaging with your own crew (outside of work)

Along those same lines, rookie firefighters must take the time to be sociable with everyone on their team. Those that keep themselves to themselves may struggle to create bonds and build trust.

That sense of trust is important in times of crisis because firefighters need to understand their role in the team and look out for each other.

There is also a fun side to creating social bonds. Station life requires a lot of time training, learning and carrying out other tasks with this new “family”.

A good friendship can make things easier on difficult days. It also opens up opportunities for social events outside of work.

If you refrain from reaching out and introducing themselves to everyone can miss out.

4) Not communicating with your officers

It’s understandable if rookies stay a little quiet when officers issue their orders and tasks for the day.  Fire culture is very big on new recruits being submissive and respecting the veteran firefighters on the department.

However, new recruits need a two-way relationship where they can always ask for guidance and ask the right questions.

It is important to be respectful but also to stand up for yourself and gain respect.

Newcomers shouldn’t be afraid to give tactical ideas based on their recent training. Those that don’t ask enough questions about their roles can also suffer from hazing in old-fashioned precincts.  Rookie that assert themselves can gain respect more quickly.

5) Not carrying out your daily checks

Everyone will make some sort of rookie firefighter mistakes with their daily checks when they start out.  I know I made plenty of my own!

Nerves and doubts can get the better of even the best recruit when they are new to a station. This is where all those questions to your officers and senior firefighters help.

The more that rookies ask about their duties, checklists, station standard and equipment locations, the better the chance of a good job well done.

Also, it’s important to note, that if you don’t check a piece of equipment properly and someone gets hurt you will be held liable for that mistake.

Commanders and senior staff will be able to joke about inconsequential errors if they were honest mistakes and recruits learn from them.

However, if you don’t try to learn from your errors could struggle.

6) Not wearing your PPE correctly

Just as you need to learn all the fine details about checking your equipment, you need to be able to demonstrate you can don and doff your turnout gear quickly and properly.

At the start, those butterflies about the first jobs will sink in and mistakes can happen.

Veteran firefighters can look back at the times that they didn’t buckle their helmet or struggled with their masks. It’s ok, everyone does.

The important thing here, once again, is that you as a rookie show that they are willing to learn from your mistakes and correct them.

7) Not cleaning gear your gear correctly

Even if you as a rookie can fit your gear and mask correctly, it may take a while to be able to clean it properly.

Cleanliness is a growing concern in fire departments because of the contaminants in soot and building debris and the high risk of cancer. All crew members must clean themselves off properly on the scene, remove their gear for industrial cleaning and change into fresh gear for the next job.

Some newcomers may struggle at first so senior crew members must guide them and make sure they don’t contaminate the engine or station.

8) Not taking pride in your work

This is a big problem for departments and one that will not be tolerated for long.

There is great pride in being a firefighter and wearing the badge of your department. All recruits are expected to understand this and show that pride in everything that they do.

Some rookies may think that they can get away with a more laid-back attitude.

But, this is not true as they risk disrespecting the badge, station and their duties. You may not realize it now, but you will be expected to maintain this level of professionalism at all times, even after your probationary period is over.

9) Taking yourself too seriously

On the flip side of this, some recruits are overconfident and have zero sense of humor.

There has to be a balance between their serious side and their ability to take a joke. Now this doesn’t mean you tolerate being disrespected, but those that are unable to take a joke will struggle to bond with your crew mates and get in on jokes.

I assure you at some point, you will be the butt of people’s jokes.  That’s just how the fire service is, and if you’re thin skinned, I promise you will struggle.

10) Not taking care of your mental health

This final point is one that a lot of veteran firefighters may not consider.

However, it is important that all firefighters – young and old – take good care of their mental health. You might expect new recruits to be more mindful of this need because of generational social norms.

That being said, some throw themselves into the role with such anxiety and energy that they put themselves at risk. Rookies need to know that it is OK to feel overwhelmed by all the “firsts” they encounter.

This could be their first house fire, the first mistake on the scene, first rescue or first fatality. It is also OK to take a break to process the events at the station and talk to other crew members about their feelings.

It has been a long standing ‘tradition’ in the fire service to always put on a front.  This has unfortunately been the demise of many good men and women as they become overwhelmed and find themselves having problems down the road.

Finally, there’s a lot to learn but it is also important to make a good impression on your officers and other crew members from the start.

It is easy to see why the first few weeks on the job can be anxiety-inducing and overwhelming for new recruits and probationary firefighters.

There is so much to think about with all the different duties in their new role.

Add in the obsessive attention to detail that is expected, and cracks can form. Rookies can’t be afraid to make mistakes if they are willing to learn from them and grow.

Also, older crew members need to be aware of this and help newcomers whenever they can.

The best advice that I can give to new recruits is to try to treat every day as day 1.

Put in the same amount of effort and enthusiasm you did on day 1 as you would months and years into the job.

Don’t beat yourself up over stupid mistakes and always find ways to grow.

It also helps to lead by example from the start when you are part of a new group.

Be the responsible one that takes pride in every aspect of their work. Don’t forget that you will guide others sooner than you realize so it pays to maintain this attitude from the start.

If you’re looking for other information about what to expect as a new firefighter you can read an article I wrote for FireRescue1 here.