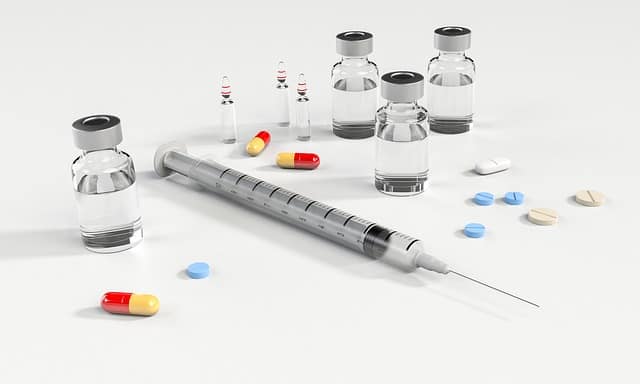 Chances are at one point in your life you have experimented with drugs in some form.  Naturally, the question of do firefighters get drug tested is all too common.

So, do firefighters get drug tested?

Yes, at some point during the hiring process you will be required to take a drug test.  Whether or not you will have to take future drug tests is entirely up to the department and your employment contract.

In this article, I want to discuss (in detail) everything you need to know regarding drug testing and firefighting as a career.  It’s important you know what you are getting yourself into before you begin the journey to become a firefighter.

Some of the reasons that might prevent you from becoming a firefighter include having a criminal record, failing a medical exam, failure to meet the minimum educational requirement and perhaps failing the written tests.

To be honest, I never knew that these days, failing a drug test is arguably the most common reason why you’ll never get hired as a firefighter!

If you have one eye on firefighting as a career, you must know that drug testing is one of the most essential aspects of the firefighter hiring proces today.

So, let’s dig deeper into the firefighting drug testing facts, both before and after the employment process.

However, there are legal bottlenecks that somehow bar them against testing employees for illegal drug consumption.

For instance, the Fourth Amendment to the United States Constitution safeguards the privacy of individuals against unreasonable and arbitrary intrusions by the government. This implies that fire departments can only test their employees for drug use in accordance with the Fourth Amendment.

Most state Constitutions guarantee more privacy protections as compared to the federal constitution.

Fire departments can easily violate collective bargaining agreements if the actual drug tests are not in line with the policies, and if the policies are not drafted carefully.

Though an argument can be made for the fact that drug testing is an overall departmental safety concern, individual employees may get upset especially if they aren’t drug users and are made to undergo a mandatory drug testing procedure.

This too makes them feel as though their privacy rights are being violated.

When will you be drug tested as a firefighter?

Being a firefighter comes with a lot of responsibility.

The decisions involved in the job can often be matters of life and death. As a firefighter, you are responsible for the safety of your team members and the public.

If you didn’t know, thousands of aspiring firefighters apply to be recruited as firemen annually.  However, the majority of them don’t get hired.

A failed drug test is one of the most common reasons that prevents many aspiring firefighters from securing their dream job.

When you apply to become a firefighter, you willingly decide to be a part of a highly regulated sector that involves forced drug testing.

Legal institutions are pretty much aware that individuals are never forced into applying for any type of job, and if you find that mandatory drug testing is involved in the hiring process, then you don’t have to apply for the job altogether.

However, it is important to note that fire departments must communicate with the applicants beforehand and inform them that drug testing is a mandatory step during the hiring phase.

They also must provide a detailed description of all the drugs to be tested for.

Bearing in mind that firefighters need to be ready at a moment’s notice, and even minor mistakes could potentially result in either loss of life or property, fire departments are not in a position to take risks with drug issues.

As a firefighter, your mental or physical shortcomings puts both the life of your crew and the community at large in considerable danger.

The law states that fire departments should provide guidelines that clearly define incidences of reasonable suspicion.

Also, they are required to strictly adhere to those guidelines. For a drug test on reasonable suspicion to go through, the fire department must prove beyond any reasonable doubt that as a firefighter, you are mentally or physically impaired on the job.

The following are a list of requirements that a drug test on reasonable doubt must fulfill:

It’s also important to note that this is not a comprehensive list and is NOT legal advice, you MUST check the rules and regulations of your state, municipality and department.

It is imperative that the fire department critically evaluates the supervisor’s findings before the drug test is carried out.

You, together with the supervisor will be required to fill out the required forms before the drug test procedure begins.

For such cases to be done at the level of integrity they deserve, the supervisor must be someone who has undergone thorough training to successfully identify illegal drug use symptoms.

If you have ever tested positive in your firefighting career or have openly admitted to using any type of controlled substance before, you may be required to undergo this type of drug test.

As per the law, return-to-work drug testing is legal.

As a firefighter, if you refuse to be drug tested, your fire department may have the right to bar you from returning to work.

Simply put, firefighters, typically those who have tested positive before, have no other option but to get tested.

If you are working in a safety-sensitive profession such as firefighting, the courts allow employers to randomly drug test you.

It is also not uncommon to be drug-tested in the aftermath of an accident.

Firefighters are responsible for a lot of equipment and after an accident, you may be required to take a drug test.

This type of drug testing is usually conducted to help determine the cause of the accident. Employers mainly incorporate this test into their policy to prevent firefighters from driving under the influence of illegal substances.

Again, it’s important that I say none of this is to be used as legal counsel, it is up to you to do your own due diligence and knowing all the rules which regulate drug use as well as the instances that necessitate drug testing in your area.

What drugs will firefighters be tested for?

Fire departments are always concerned with the health and the overall well-being of their firemen.

It’s in their best interest to create a sound, safe and healthy working environment for everyone. And drug testing is a big part of that initiative.

In this section, I want to go over the types of drugs that you will be tested for before being employed as a firefighter.

It is worth mentioning that drug testing is usually conducted in the Department of Health and Human Services’ certified laboratories.

To safeguard the integrity of your samples, the procedures related to chain-of-custody will be adhered to strictly.

Typically, the procedures track your samples right from the point of delivery to the testing stage. If the presence of any controlled substance or an illegal drug is found on your samples, just know you have failed a drug test.

On the other hand, if the tests don’t show a minimum amount of an illegal drug or a controlled substance in your sample, you have passed the test and will continue on your way to becoming a firefighter.

However, if you fail a drug test you could be in line to face disciplinary action, dismissal or even suspension. Of course, failing a drug test during the initial drug testing would automatically result in rejection.

How often are firefighters drug tested?

The timelines for drug testing vary greatly from department to department. In this regard, you might find some states or departments conducting theirs yearly whereas others performing drug tests every two years.  While some may never drug test unless they have a reason to do so.

Some departments may also schedule drug tests depending on the availability of funds needed to schedule and conduct these tests.

However, many fire departments prefer to subject their firefighting crew to random or unannounced drug testing.

As we previously explained, it is lawful for you as a firefighter to be subjected to drug testing in the event of an accident or reasonable suspicion.

How long does it take for drugs to leave your system?

Before we jump into this it’s important to say that these numbers are just guidelines numerous factors determine how long a particular drug stays within your system, including sex, age, drug dosage, weight as well as your overall physical condition.

This means that two people can have hugely contrasting drug test results.

For example, the time Xanax, a drug used to temporarily manage anxiety, takes to leave your body usually depend on your age, health, and ethnicity.

If you are Asian or white, suffer from liver problems, older than sixty-four and are equally obese, Xanax will remain in your body for a relatively longer period.

What’s more, individual variations play a critical role in how the body metabolizes and flushes a drug out of your body.

This implies that those of the same sex, ethnicity, and weight may still metabolize and remove drugs at different rates.

In a nutshell, how fast drugs leave your system is dependent on several factors and can be different for each person.

In the list below, I have gathered the average duration it takes for different drugs to find their way out of your system.

However, keep in mind that this is NOT medical advice. These figures are just approximate numbers. I would strongly advise anyone out there to refrain from the use of illegal drugs and other outlawed substances.

If you want to become a firefighter, and you are worried about whether or not firefighters get drug tested, it would be a fantastic idea to refrain from using them!

You should also know that even the most difficult drugs to spot are easily detectable these days thanks to the advances in technology.

Finally, the best way to pass a firefighter drug test is to not use illegal substances at all.  And for those of you that didn’t read this article entirely this is the final place I will mention that this is NOT legal or medical advice.  It is up to you to seek professional advice and counsel if you need it.