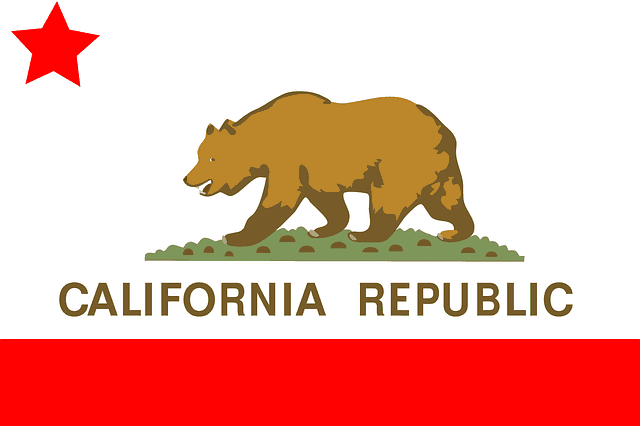 California is one of the most storied states in the United States.  Not surprisingly, how to become a firefighter in California, is a question I hear from several candidates.

The Golden State is the third largest and has the highest population of nearly 40 million – and that doesn’t consider all of the tourists that flock to the shores and cities across the year. That means a lot of fire departments and a lot of firefighters. So, how can you join their ranks as a firefighter in California?

How to Become a Firefighter in California

The minimum requirements here are just the start for anyone that wants to progress in their career. A high-school education and good character are a good start. But, you will also need to take part in a lot of training courses to handle the many needs of California.

In this guide, I will talk about the considerations you need to make to be a California firefighter. This means some of the risks involved, the training options and the different departments.

California has been in the news a lot recently when it comes to fires and natural disasters. The wildfires that spread through the state were fiercer than ever, difficult to control and changed the lives of many citizens.

California fire departments are a more important resource than ever in these areas and the more rural forestry regions. Wildfire specialists are essential here in order to protect the state in the future and you could be a part of that with the right training.

Then there are the earthquakes that can shake the state at high magnitudes. There are some massive quakes recorded throughout the year in California and while residents may be used to them, they are a problem for firefighters.

Earthquakes can cause structural damage, entrapment, medical emergencies and fires caused by the damage. Firefighters across California need to be able to handle the worst in case the next quake is especially devastating.

In October 2019, a fuel fire in the Bay Area was thought to be the result of an earthquake. This is why training in emergency scenarios and strategies is so important throughout the state.

Of course, many major cities across the state of California also rely on their own metropolitan departments to provide round-the-clock coverage.

These stations are a good fit for all those that prefer the idea of urban challenges and varied fire rescue services. Below I have included some stats and requirements for a couple of the major city departments.

The list of fire academies, training schools and college programs along the length of California is extensive.

The best approach is to contact your local department and college for their advice on the subject. But, I do want to highlight some of the options in major cities across California.

The Rio Hondo Fire Academy is one of the best options for on-going fire training because of the range of courses and facilities. The school prepares students as they take their initial firefighter 1 training.

From there, you can come back for courses on disciplines like dealing with hazardous materials, rescue strategies and even search dog training. This is also a great place to earn your EMT certificate alongside other recruits. You can find out more here.

Many California fire applicants will choose to train to be a wildland firefighter to help with these efforts. This is a program that runs across the US but there is a big presence in California.

These teams work to suppress the fire with specific management tactics and equipment. Some work on engines while others are hand crews.

One of the most storied Californian fire crews is the Hotshot team. Any state can have a Hotshot crew that has the specialized skills to handle the very worst fires.

These are the crew members that risk their lives in high heat at the heart of fire to keep it under control. The Hotshots of California have a great reputation and it is understandable if you aspire to join them.

The federal Wildland Firefighters service has an apprentice course for those that want to get into the heart of the action.

At this point, I also want to point out the benefits of adding some language classes to your personal training. The population and demographics of California are diverse with lots of ethnicities.

This means many different cultures and languages. Around 28% of residents are thought to speak Spanish as their primary language at home.

Therefore, it can help if a firefighter can communicate with them in their native tongue in an emergency. Think about the communities in your jurisdiction and think about how you can best serve them.

Some fire departments in the state will show some favoritism in the application process to anyone that can speak multiple languages.

The following is a list of major fire departments in California.  While it isn’t comprehensive it’s a great place to start if you’re interested in learning more about how to become a firefighter in California.

How to Become a Los Angeles Firefighter

Los Angeles will always need skilled firefighters because of everything and everyone within its jurisdiction. There are 179 neighborhoods and around 4 million people, not to mention the tourists.

Fire calls can come from the port, LAX airport, Hollywood and any of the commercial, industrial or residential areas.

This means that crew members may find themselves handling all kinds of equipment in many situations. There are 3,246 personnel here 218 of whom are Firefighter/Paramedics. The range of specializations gives them one of the most diverse departments in the country.

One of the perks about joining up here is the Candidate Advancement Program. This helps applicants reach the levels of physical fitness necessary for the job.

They have their own website for job information and applications. This also includes information on their girl’s camp.

Surprisingly, the minimum requirements here are no different from the state average. Los Angeles crews have to go through the same screenings and tests as anyone else. Find out more here.

How to Become a Disneyland Firefighter

I can’t complete a guide on how to become a firefighter in California without looking at one of the more unique fire departments in the state.

Disneyland, in Anaheim, has its own fire department and it isn’t there for show. The park is like its own city in its own right with the number of attractions, restaurants, hotels and all the staff and visitors.

There are also lots of firework displays and rides that could malfunction. They may not handle as many calls as other departments, but the prevention work is rewarding.

All applicants here must be fully qualified with five years of paid experience, a state driver’s license and must “comply with the Disney look” at all times. Image is still important on these grounds. Learn more here.

Job Prospects for Firefighters in California

As of 2018, California is the state with the highest level of firefighter employment with 32,910 at the time data was collected. However, because of the population size of the state, this means 1.94 per 1000 jobs, which is less than other states.

The annual mean wage was also the highest at $81,580. California is the top paying state by a long way with a mean hourly rate of $39.22.

The closest rival is New Jersey with $76,530 annual and $36.80 hourly. Looking at high employment rates by metropolitan area, the third-highest is Los Angeles- Long Beach-Anaheim with 8,870 and 2.89 per 100 people.

The annual mean wage by metropolitan area in 2018 is dominated by Californian areas of the top 10, the state had 6 entries, the highest was San Jose-Sunnyvale-Santa Clara with $108,870 and a mean hourly rate of $52.34.

Firefighters in Fairfield, Los Angeles, Long Beach, Anaheim, San Francisco and Oakland (among others) earned over $90,000 a year.

Finally, when we talk about job prospects for firefighters in California, we do need to mention the California Swing Schedule for firefighters. This is something you need to keep in mind if you commit to becoming a career crew member here.

If you’re interested in learning how to become a firefighter in California, it is a great place to be a firefighter because of the different opportunities across the state and the pay.

The state is vibrant and full of life, industry and tourism. Inevitably, this will mean the risk of fires and other major emergencies.

You could become a specialist in handling wildfires or earthquakes. You could train to handle emergencies on highways or major airports. Or, you could be a reliable neighborhood Firefighter/Paramedic saving lives every day.

The great thing about California is that you can choose your own path with training and specializations. Follow your goals and passions and let that shine through in your work.