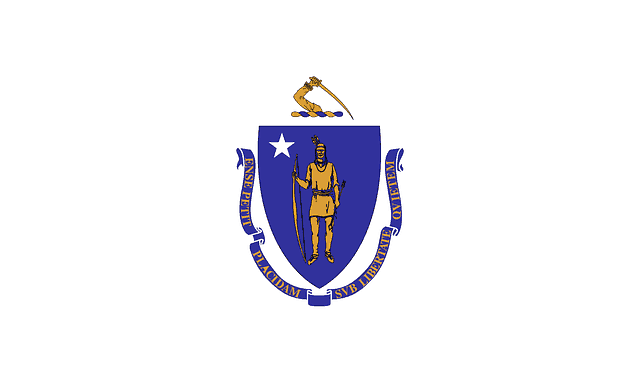 How to become a firefighter in Massachusetts is a common question I receive due to Massachusetts being one of the most culturally and historically significant states in the country.

It is also now one of the most densely populated with a relatively small landmass but a population of around 7 million.

That means that there are lots of towns, parks, historical sites and millions of residents and visitors to protect at all times. This means that the state needs the best possible fire service. So, how can you be a part of it?

How to Become a Firefighter in Massachusetts

Massachusetts does have some variations in its policies depending on the role and the location. You will find that some departments are stricter than others about ages, residency and background.

In this guide, I want to look at the opportunities available to firefighters in Massachusetts in regard to their training and the department. I also want to talk about what to expect from the hiring process and the challenges of the job.

One of the benefits of becoming a firefighter in Massachusetts is that everyone goes through a state-approved hiring process. This means that while the requirements to apply may vary between departments, you can be sure of the same treatment and processes across the state.

It all starts with the written exam. In most cases, you don’t even need to be a Massachusetts resident to take it as long as you are resident later in the process.

There are two components to the exam: the written exam and the Entry-Level Physical Ability Test (ELPAT). Both are scored, and the results here determine whether or not you are a good fit. Those that are go on the eligibility list. Those that aren’t will have to try again another year.

Those that make the eligibility list will go through a more detailed process with screening and a firefighter interview. The background check happens at this stage. This is where they will check your employment records, criminal records and residency status to be sure that you are who you say you are.

If they find something they don’t like in your past, this could be the end of the line. If they are happy and think you will be a good fit, you may get a conditional job offer.

This is conditional based on your performance in the medical exam and the Initial-Hire Physical Ability Test. Pass those and you could soon be a probationary firefighter in a fire department. You can find out more about the process here.

Many Massachusetts firefighters will work within one of the major cities to protect a large number of citizens and their properties. Boston is, of course, the largest and busiest of those and a prime example of what you can expect as a city firefighter.

Anyone that works in this area needs be prepared to handle major emergencies with fire suppression, medical responses and other specialist skills. Many firefighters helped in the aftermath of the Boston Marathon bombing and continue to support the event.

St Patrick’s Day is another big day for the fire department of Boston. Many crews and engines will take part in the parade as a part of the community.

However, there is always the risk that there will be major incidents when there are so many locals and tourists in the city – especially when alcohol is involved.

Firefighting on the Massachusetts Coast

Massachusetts also has a dangerous coastline with communities and tourists in need of protection. The waterfront of Massachusetts will always draw people in with the Boston Harbor island recreation area, the Cape Cod national seashore and the history around Plymouth.

There are three departments around Cape Cod that need to be ready to handle marine fire issues, water rescue and more. They are Plymouth County, Barnstaple County and the islands.

Every crew that works around the water need to be proficient in water rescue whether that’s out at sea, in the ports or in the rivers.

The weather, tides and low temperatures can be very dangerous. For example, the Blackstone Fire Dept practices regular cold-water rescue drills with specialist dry suits and equipment to practice helping people and animals. They wait until the ice forms in the coldest temperatures, so they are ready for the very worst.

The position of the communities here on the Eastern Seaboard also puts them at risk of flooding and storm damage. Cold storms can also bring blizzards and snow to areas of the state.

Firefighters with medical training can head out to those in need of attention in stranded areas. Their emergency preparedness training lets them handle floodwater and the damage created by the storms.

There are many fire academies and university campuses across Massachusetts that will offer training in the form of certification, associate degrees or even full bachelor’s degrees.

These courses provide the best information on dealing with fire and fire crews in all kinds of situations. Examples can be seen below. However, I want to focus on two facilities with impressive hand-on opportunities.

Specialist training facilities will always be an important resource in the Boston area because there are so many risks. One of the best for recruits looking for immersive simulations and top-level training is the Moon Island Training Academy.

Then there is the official state firefighting academy itself. This academy is a great place to learn all the important skills that it takes to become a firefighter in Massachusetts.

Again, there is a sense of cohesion in state standards, just as with the hiring process. Trainees get the same classes and information to help them get ready for the position.

There are also more than 300 continuing education courses for personnel looking to enhance their skills. This can happen at local departments but there are also dedicated campuses in Stow and Springfield. Learn more here.

The following is a list of major fire departments in Massachusetts.  While it isn’t comprehensive it’s a great place to start if you’re interested in learning more about how to become a firefighter in Massachusetts.

How to Become a Boston Firefighter

I talked a little bit about Boston and the more general requirements of becoming a firefighter above. I also want to highlight some of the more specific requirements that Boston has for their recruits and the structure of their fire department.

One of the biggest obstacles here is the age restriction. You have to be at least 19 when you apply but can’t be any older than 32. This is one of the most restrictive policies around as many departments are usually fine with anyone up to the age of 36 or maybe even into their forties.

In addition to this, applicants must have been resident in the city for at least a year before their exam. Essentially, they want the fittest, youngest recruits that are familiar with the city.

This familiarity with the city, fitness and the mentality of recruits is essential because of the number of calls and the size of the jurisdiction.

Boston fire department covers 47 square miles of densely-populated city and 32 more communities in the greater metropolitan area. This means a reach out to the port and Logan International Airport.

Calls taken can vary from fires, medical incidents and other accidents. Find out more about joining the department here.

How to Become a Blackstone, MA Firefighter

Before, I mentioned the town of Blackstone and their work in helping with water and ice rescue training. This department is actually pretty small, with just 10 full-time crew members covering 10.5 square miles.

With just 9,300 residents, there is a great sense of community and the staff here work around the clock to be there to handle calls for fires, accidents, medical issues and more. Find out more here.

Job Prospects for Firefighters in Massachusetts

Overall, there were 11,640 firefighters employed here in 2018 and their pay was above the national average.

The annual mean salary for firefighters in Massachusetts was $60,080.

This can increase in some metropolitan areas and the current starting salary for Boston is $65,000 each year.

If you’re interested in how to become a firefighter in Massachusetts, just know it’s a tough job. There are lots of challenges in all parts of the state, from the coasts and rural areas to the major cities.

Don’t assume that Boston firefighters have the hardest job because there are many tough calls in Cape Cod and beyond. Train hard, stay focused and always serve your community well.