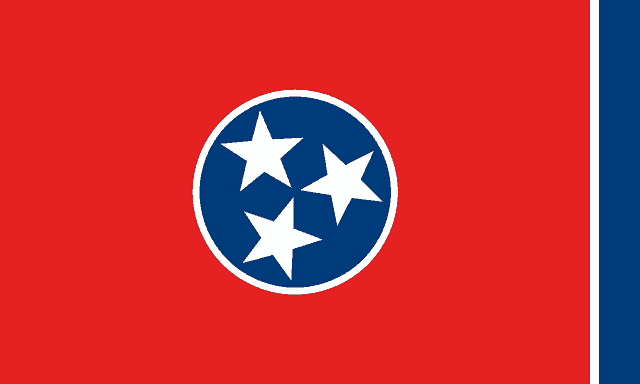 The state of Tennessee is one that has attracted people for a long time, including those interested in how to become a firefighter in Tennessee.

Residents come here to raise families, start businesses and get away from the more hectic lifestyle of bigger cities. Tourists come here for the music and an authentic taste of America.

This means a vast population in a state with dense cities, beautiful landscape and lots of strong communities. Each district needs a firefighting team that can handle the job. So, how do you become a firefighter in Tennessee?

How to Become a Firefighter in Tennessee

The first thing to mention here is the lower age limit. Many departments here won’t accept applications from anyone under the age of 21. Those that are of age can expect the usual process of background checks, firefighter interviews and physical tests.

In this guide, I want to talk more about the growing demand in Tennessee, the training facilities on offer in the state and some of the major departments.

Tennessee is a state on the rise in terms of both its industry and its population. New residents are drawn here because of the economic prospects, the way of life and the development of the major cities in recent years.

This doesn’t just mean immigration from outside of the US. There are lots of people from New England, California and Florida that have relocated here for a new life.

An increase in industry and people means an increased demand for any emergency services that work in the area. Law enforcement, fire protection and medical services all need to increase their coverage to due to an increase in call volume.

For firefighters, there are a few issues to contend with. An increase in the population and the density of the cities means a greater number of medical calls and accidents.

Therefore, crews need to have up-to-date EMT and paramedic training to meet this demand. Then there are the increased risks of fire with more businesses and homes to look after. Tennessee needs larger departments in both its volunteer and career departments to man all the necessary apparatus in the specialist divisions.

It isn’t just an increase in the state population that fire departments need to deal with here. There are also natural risk factors in the landscape and the weather.

Tennessee is in one of those locations where it can get a bit of everything rather than occasional severe incidents. It won’t get the major storms seen on the coast or the biggest tornadoes of Tornado Alley. But, it can get its fair share of events that can damage areas and threaten lives.

There are around 15 tornadoes a year, 50 thunderstorms, occasional ice storms and blizzards and a lot of fog in certain regions.

What this all means that that fire departments need to be ready in case of any of these incidents. They also can’t assume that the next storm or tornado will be mild in case it becomes life-threatening.

There are different ways to deal with these risks and protect citizens. The first is to engage in community outreach and prevention methods to advise residents on tornadoes, storms, ice and fog risks.

Then there is the response to the calls in the aftermath. This means handling the flood, structural damage, vehicular accidents and any contamination risks. There is also the need for fast, effective medical care in areas cut off by the weather.

This diverse range of roles and responsibilities shows why it is so important that Tennessee fire recruits get the best possible training. Firefighter 1 and 2 certifications is just the start. EMT training and hazardous material training are also essential here.

As firefighters develop their skills and gain experience on the job, they can also gain certifications in specializations like dealing with confined spaces, extraction, search and rescue and a lot more.

Tennessee doesn’t have the same range of fire academies and other training facilities as other states. But, that doesn’t mean that you can’t gain a good education here.

There are different options available in some of the biggest cities in the state. You can also talk to your department if you are a volunteer firefighter to see what is available nearby.

The Knoxville campus offers a Fire Protection program to teach students about the behavior of fire and how to prevent against it. They claim that this is the only such graduate certificate program in the southeast.

This is an appealing option to those that want to learn more about the subject in a short space of time because it is a 12-credit hour certificate within a summer program.

Therefore, it is a good starting point for those that have other commitments and can’t yet enroll in a full academic course. You can see more about this option here.

Volunteer State Community College has an option provides students with a more comprehensive education on the subject of Fire Science.

There is the opportunity to take the credits from this program and turn them into a degree if preferred. The flexibility of this course continues with the fact that this is can be taken 100% online.

This is perfect for those that like the concept of the course and but can’t relocate to the area. The promise here is that students at different levels of their career can learn new approach and skills to prepare them for managerial roles. You can find out more about this program here.

The following is a list of major fire departments in Tennessee.  While it isn’t comprehensive it’s a great place to start if you’re interested in learning more about how to become a firefighter in Tennessee.

How to Become a Nashville, TN Firefighter

I have to start with Nashville because of its reputation as a leading department in the United States. Nashville is currently in the national top 20 because of its population and the number of calls it receives.

This supports that idea of a state that is growing fast and the high demand for firefighters. The department can handle as many as 100,000 calls each year because of the density of the population and the range of the jurisdiction.

There are 526 square miles to cover. This includes a lot of residences and large buildings in Nashville itself but also smaller communities and rural areas on the outskirts. That is why they have 38 stations in total right now with around 1200 crew members.

There are several units in this department are comprehensive with a lot of apparatus for different situations. There are 12 ladder companies to handle all the high-rise buildings but also EMT services, heavy rescue trucks and a wildland division.

Therefore, anyone coming to work in Nashville needs to be prepared to continue their training throughout their career. You never know what this city will offer next that is why they have such high standards for ongoing education and skills in this city. Learn more here.

How to Become a Franklin, TN Firefighter

Franklin is much smaller as it doesn’t have the same demands as growing cities like Nashville and Knoxville. There are 8 stations here with a slightly narrower scope in terms of their services.

The focuses here are on the basics of fire suppression, prevention and EMS services. There is a strong desire to engage with the community to provide the best possible care for those living in the area.

The department may be smaller, but the standards remain the same in regard to age, criminal history, physicality and education. You can learn more here.

Job Prospects for Firefighters in Tennessee

The job prospects in Tennessee would seem pretty average when you compare them to previous stats about employments and wages to other states. In 2018, there were 5,710 firefighters employed at a rate of 1.93 per 1000 jobs.

The average annual salary for firefighters in Tennessee is $40,280.

This puts them above Kentucky and North Carolina and roughly on par with Alabama. The areas of Nashville-Davidson-Murfreesboro-Franklin was the highest employer with 1,390.

Knoxville paid the most at $43,850 a year. However, we have to expect that ongoing growth will drive demand for firefighters and may increase pay in the future.

While the age restrictions are a little bit tougher here in Tennessee than in some other states, there are a lot of opportunities if you are interested in how to become a firefighter in Tennessee.

The rapid growth of Tennessee means that there is demand for those that will put in the time and effort to train hard, improve their knowledge and serve their communities well. This could be in one of the thriving cities or one of the rural communities.

Wherever you choose to train and work in Tennessee, you can be sure of the best experience and a highly rewarding career.

link to Paramedic vs. Nurse: What's the Difference?

A job in the medical field is rewarding in that every day, you’re also preserving something very valuable: human lives. Yet the job responsibilities of a paramedic compared to a nurse are not quite...

Continue Reading
link to Can a Paramedic Pronounce Death?

As an emergency care provider, paramedics encounter death all the time. Although paramedics will do what they can to save lives, what if their measures don’t work or what if they arrive too late?...