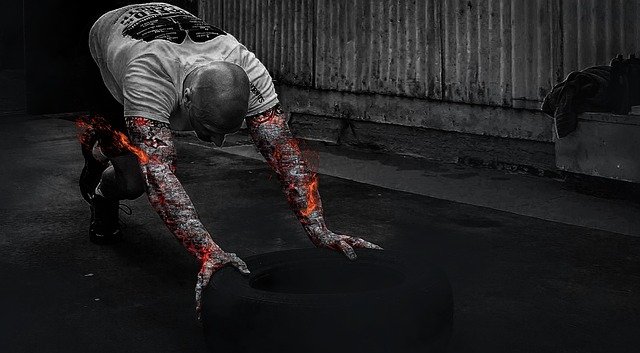 There are several aspects to getting hired as a career firefighter, and unfortunately, the entry level firefighter fitness test is often overlooked. It goes without saying that firefighting is a physically demanding job and the fitness test is an important part of the hiring process.

Because it is so demanding it is necessary for the applicant to be tested on his/her physical fitness during (and sometimes after) the hiring process.  Two of the most common fitness tests are the CPAT and the BIDDLE/PAT. However, this doesn’t necessarily mean they are the only two tests out there, just that they are the most common.

Some departments will have their own custom test that includes different events.  For example, I once worked for a department that put a high priority on candidates being able to swim.  The first event in their physical ability test was a 50m swim.

This is the most common entry level firefighter fitness test used by departments in the United States. The test is designed to simulate movements and tasks firefighters will have to perform during and after a fire.

The test includes eight timed events that are to be completed safely and properly in a given time frame. Each event is pass/fail and the candidate wears a self-contained breathing apparatus (SCBA), a 50 pound vest, gear, and turnout gear. The eight events are:

As stated before, different departments have different requirement for certification of CPAT such as:

-Other departments require CPAT passage certificate as part of their application before they give the applicant their own departmental test on the same.

-The local fire academy will have their own version of the CPAT.  After a firefighter candidate successfully completes the test they will be issued a certificate that will be accepted by most departments in that area.

You can find out more information specific to the CPAT and the National Testing Network (NTN) by clicking this link.

This is another variation of an entry level firefighter fitness test that, like the CPAT, is used to simulate conditions faced by firefighters on their job.  While this test is not as common as the CPAT this test consists of 11 events.

Like the CPAT the test will be done under observation and must be completed correctly in a set time. During this test candidates typically wear fire helmet, self-contained breathing apparatus (SCBA), turnout jacket and firefighting gloves. It uses the pass/failure criteria. This 11 event involves:

As with the CPAT it’s important you read on the department requirement regarding PAT certification and completion. Some departments administer their own PAT test while others require you to be certified before applying for the job.

It’s important to continue exercising after you pass your initial physical ability test.  Unfortunately, a lot of firefighters think all they need to do is pass it once and then let themselves go.

I reference this problem in another article, How To Become A Firefighter, by stating that over 50% of line of duty deaths are due to heart attack.  Don’t be this firefighter!! Your life and the life of others may depend on your physical abilities!