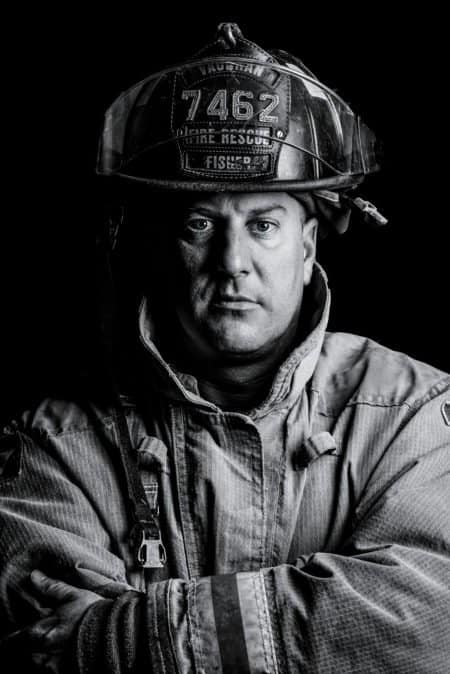 Can I become a firefighter? It’s a good questions that almost every fire candidate has asked themself at one time or another. I wanted to take a minute and share a quick story with you.

I get a lot of emails from people who are tired, burnt out and exhausted with the hiring process. Maybe you’ve been passed over for a couple of jobs. Maybe you’ve been really close on a couple tests but didn’t quite score high enough, or maybe you’ve just been waiting for what seems like forever to hear back from a department.

Either way, we know how you feel because we’ve all been there.  Here’s a story we got from one our subscribers…

Before getting into the fire service I thought I wanted to be a police officer. I took a several tests and was denied. Test after test I kept getting the same old “thank you for your time, but we’re going with another candidate.”

I took a few fire tests and didn’t score nearly high enough to even get looked at. In fact this one particular department I scored somewhere in the 50’s (57 if I remember right).

I remember being bummed out thinking I would just have to wait for the next test, and try to do better.

Turns out, this department invited everyone who scored high enough to pass the test to take their physical agility test too. I debated on whether or not I should go. I figured what’s the point they’ll probably only hire a few people out of the top ten…MAYBE they’ll get to the top 15.

Thankfully, I decided to go. It was a Saturday night, and I was at the test with a bunch of other hopeful candidates. Before we got started, the people running the test (firefighters on the department) introduced themselves and everyone else that would be observing the test. One of the people “observing” was the Chief, and if my memory serves me right the Mayor (or maybe it was some other high ranking officer or city official).

Either way, I remember thinking it was odd that of all the things you could do on a Saturday night, the Chief and Mayor would be watching a bunch of people take a test knowing full well that they wouldn’t hire the vast majority of them.

Something clicked and I decided I wasn’t just going to “pass” the test to get a good score; I was going to make a statement and beat everyone there….in every event.

And that’s exactly what I did. I didn’t just beat everyone…I crushed everyone. I figured what have I got to lose? Yeah, the other candidates were rolling their eyes, but who cares? After all, they weren’t going to be offering me a job.

Anyways long story short, fast forward a couple months I finally got what I had been waiting for. A call from the Chief offering me a job as a career firefighter. The best job in the world. I would find myself a couple weeks later getting sworn in with 4 other guys, all who scored in the top 10….and me #57.

Moral of the story…

So next time you find yourself asking ‘can I become a firefighter?’  The answer is yes.  It’s a long process, it’s hard, and yes unfortunately sometimes it can be unfair.  But, it’s the best job in the world, and I promise….it’s well worth the effort!