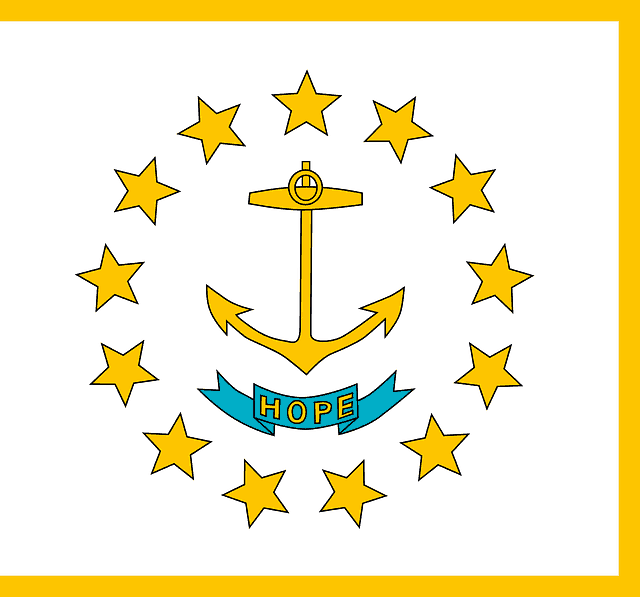 Rhode Island has always been known to be small but mighty. A lot of aspiring firefighters are asking how to become a firefighter in Rhode Island.

In terms of area, there isn’t much for firefighters to cover.

There are only 1,045 square miles of land and very few major cities. Yet, there is a dense population of over a million people.

The Ocean State has a long history and plenty of culture and needs the very best firefighters protecting it at all times.

How to Become a Firefighter in Rhode Island

In this guide, I want to talk a little more about those requirements and expectations of applicants.

I will do so more broadly but will also highlight a few departments in the state. I also want to talk about the different roles of a Rhode Island fire department and training opportunities.

By the end, you should see that it isn’t as hard as you may think to get a job as a Rhode Island firefighter.

It can seem as though anyone can sign up to be a Rhode Island firefighter with those minimum requirements.

Most fit and healthy residents of the right age can get started with the training and hiring process.

But, you will find that the departments soon whittle down the applicants with firefighter interviews and tough screening processes.

Physical tests and medicals help them ensure that you have the fitness, vision and other necessary attributes to fight fire with your team.

Background checks, interviews and polygraph tests give a good indication of your character and past issues. From there, they can decide if you are fit to progress onto basic training.

Those that pass their training and become a probationary fire crew member can expect to see action on several calls.

The frequency of calls will depend on your location.

Coastal areas are more likely to handle storm rescue and water rescues while urban departments more inland handle major fires and structural issues. There is also the high likelihood of medical emergencies, so all firefighters need their EMT training and other certifications.

As this is the Ocean State, with so many different inlets, bays and coastal areas, firefighter here need to be able to be proficient in and out of the water.

Ocean rescues will play a big part in the roles of firefighters here. This coastal location means that Rhode Island residents aren’t immune to the effects of major storms in the winter too. The heavy winds and rains that blast New England can cause flooding, structural damage and displace entire communities.

The displacement of residents is always going to be a problem in an area with such a dense population and minimal space.

Therefore, firefighters must be prepared to not only handle the flood water and structures but to also coordinate the people living in the affected areas.

Regular training beyond the recruitment process is essential here. Teams can gain experience in more advanced situations and learn how to work with other departments.

Firefighters that gain advanced certifications in these areas and specializations also have a good chance of promotion into more senior or specialist roles later on.

The Narragansett Fire Department in Rhode Island knows a lot about water rescue and the need for skilled, trained professionals.

The department recently saw extra funding to help them improve their equipment and training facilities, so firefighters are better prepared for incidents. This included a technician training program about watercraft, water rescue and surf situations.

There was also a new 28-foot rescue vessel and additional aids to help coastal communities.

The aim here was that other departments in Rhode Island would be able to come and use the training facilities. Therefore, you may get a chance to try it out for yourself if you become a firefighter in Rhode Island. You can read more on this story here.

As you might expect, there aren’t as many training facilities or college courses iin Rhode Island as there are in other states.

Although choices are limited, that doesn’t mean that you can’t get great training here.

There are two main colleges in Rhode Island that will offer fire courses to those hoping to join the fire service.

The Community College in Warwick offers a Fire Science program where students can learn the basics of fire suppression, safety and prevention.

Certificates achieved here are recognized by the National Fire Academy so will help when applying for jobs in and out of the state.

The college also offers an Associate Applied Science degree and some EMS courses.

Students that succeed here may be able to transfer credits and use their qualifications for other courses and employment opportunities. You can find out more about the academy here.

Providence offers something a little different for those with previous experience.

Their Fire Administration degree is open to those already working for a department or those with associate degrees.

Therefore, basic level firefighters and those that studied in Warwick can further their education here.

The course offers information on the administrative and managerial sides of fire departments. This knowledge is critical for those that want to rise through the ranks and maybe become a fire chief one day.

The course looks more at political, legal, and social issues around the fire service and how to create a functional, effective department.

The course is available as an online option or through weekend and evening classes.

This way fire personnel can work and learn with ease. You can learn more about this program by following this link.

Finally, Rhode Island is also home to its own state fire academy. The academy offers guidance in a range of courses from the basic recruit training to more advanced skills.

Those that don’t pursue their initial fire education through a college can thrive here and earn their Firefighter 1 and 2 certificates.

The classrooms and state-of-the-art burn building offer a mix of academic and practical lessons to give applicants a more well-rounded education.

Then, many successful recruits will return here to pursue a specialty certification. This could include your training in certain specialties such as emergency response, management skills and hazardous materials. Learn more here.

How to Become a Providence, RI Firefighter

Those that achieve a higher education in Providence may wish to take up a role with the department in the city.

They are actually the second largest in the northeast to cater to the needs of so many people in that municipality.

Despite this, the minimum requirements to apply are just as simple as some of the basic qualifications for volunteer positions. As long as you are 18 with a state driver’s license and a GED or high school diploma, you can get the ball rolling.

Candidates then take a written test followed by the CPAT test. Then comes the screening phase with background checks, psychological assessments, medical assessment and firefighter interview. Those that get all the way through are eligible to works as a firefighter in Providence. You can learn more about these steps here.

How to Become a Exeter, RI Firefighter

The city of Exeter does things a little differently as it is a volunteer fire department. However, they are still responsible for a large area.

They serve 36 square miles and its 6,500 residents via two stations.

Potential volunteers living in the area are encouraged to talk to the department about the opportunities. This suggests a community-minded, friendly group that will be a great introduction to the world of professional firefighting in Rhode Island. Find out more here.

For such a small state, there are a lot of positions and a lot of employed firefighters.

Employment rates only appear higher in neighboring states because of their population. In 2018, the Bureau of Labor Statistics noted that there were 1,330 firefighters at a rate of 2.77 per 1000 jobs.

This is a similar number to the significantly larger state of Idaho who had 1,550.

Rhode Island will always need people to protect such a dense population and there are some great training facilities in which to learn.

The job prospects, increased funding and a variety of calls means that Rhode Island is a great place to start your firefighting career.

link to How Much Do Fire Trucks Weigh? (a detailed comparison)

Anytime you see a fire truck blitzing down the street, you’re in awe of the astonishing size of the vehicle. With an average length of 40 feet, fire trucks are often among the most dominant...

Power generators might not be the first thing that comes to mind when you talk firefighting equipment, but they are an essential tool at every fire department. Generators are not only an important...