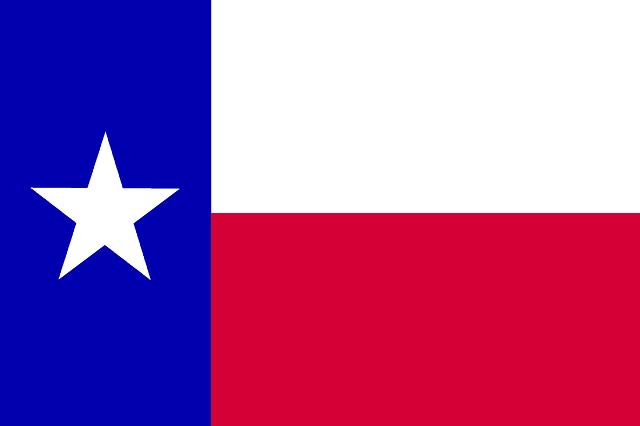 A lot of people say that everything is bigger in Texas, and there are just as many asking how to become a firefighter in Texas.

This is a state that doesn’t do things by half way and this relates to their fire service and fire threats too. The threats here can be extreme from major fires in the cities, accidents in the highways and oil refinery explosions to all the naturally-occurring risks.

So, the state needs a big, bold fire service that is always ready to provide the help that people need. How can you be a part of the impressive Texas fire service?

How to Become a Firefighter in Texas

If you’re the type of person who has been wondering how to become a firefighter in Texas, be prepared for a long hiring process when you apply.

There is quite a long screening process for applicants in Texas after they submit their initial application. If you’re unable to pass the many tests you’ll encounter you will probably not be able to proceed.

The first is the civil service exam that determines basic mechanical aptitude, reading comprehension and math skills. Each component has a grade and different departments will have their own expectations for a passing score.  (Click any of those links to go to our article explaining exactly what to expect on each section of the exam.)

Then there is the CPAT physical ability test. Again, this may vary between departments but it typically tests fitness, strength and flexibility over short time constraints. Those that fail here may not be able to keep up in major incidents with time pressures.

Finally, some will also subject applicants to a polygraph test. This has two purposes. The first is to highlight and lies about your application and history – such as residency issues or previous experience. The other is to get an idea of your moral character.

From there, you will also have to deal with background checks and firefighter interviews. It is a long process, but it has to be to separate out the best candidates for the job. Professionalism and a good nature here will go a long way.

Therefore, it makes sense for Texas firefighters to take Spanish classes or at least keep up with their comprehension of the language. Doing so could make a massive difference in certain neighborhoods and communities.

There is always the risk that families in Spanish neighborhood will only want to converse in their native tongue in times of crisis. It makes things so much easier if you can communicate and reassure them in a way that they understand.

Language skills also help when it comes to outreach programs. It is easy to focus on the negative side of firefighting and all the risks to life during fire suppression. But, there are also lots of opportunities to help people through educations programs. Bilingual approaches get the message across and are more accommodating.

Texas has also seen its fair share of major storms over the years. One of the most catastrophic in recent times was Hurricane Harvey, which was a Category 4 hurricane.

Although it made landfall further south, the storm stalled, and the impact was felt much further inland – specifically around the Greater Houston Area. The region saw widespread flooding, property damage and great disruption in the area.

Some people don’t realize this, but it was actually more damaging than the infamous Hurricane Katrina because there was more than $198.6 billion in damages.

While politicians may choose to look at monetary values, it was up to the emergency services to handle the impact on lives in the area. Firefighters had to rescue those trapped, pump out the floodwater, secure properties and provide medical support where needed.

While we can hope that this was the worst-case scenario for Texas, there is the risk of this happening again with future storms.

Texas is also famous for a few other things. The cattle and subsequently produce and BBQ food is one major part of rural life here. Another is the oil refineries.

Texas oil is a massive industry that supplies materials across the country. In fact, there are said to be around 5 billion barrels of the stuff. In the eyes of a firefighter, that’s a lot of flammable liquid in plants and depots that could cause major fires and loss of life.

Therefore, any fire department near to a refinery must be ready to handle the worst.

Southeast Texas is home to the Port Arthur Refinery. This is the largest in the country and also a facility at constant risk of fire and damage. That is why the Port Arthur Fire Department is such an important resource in the area.

The department’s list of responsibilities is vast. They need to look after the area and keep on top of fires and hazardous material leaks.

They have also been known to handle rescue efforts in a storm, major explosions and a train derailment. Then there are all the common calls for fires, vehicular extraction and medical issues.

If you want to become a firefighter in Texas, you need to build a strong foundation of knowledge and skills. The first step is to gain your certification through a fire academy or a college program.

From there, you can then increase your skillset by taking part in additional certificates on a range of subjects.

One of the best places to gain some professional training in Dallas is The Dodd J. Miller Training Center. Since 1987, the team here have helped new recruits learn the basics needed to complete their Firefighter I and II certificates. They have lots of classroom spaces and training areas where you can learn all the equipment and strategies.

This includes the three-story drill tower, a commercial simulator, driving course and much more. Find out more here.

The following is a list of major fire departments in Texas.  While it isn’t comprehensive it’s a great place to start if you’re interested in learning more about how to become a firefighter in Texas.

How to Become a Corpus Christi, TX Firefighter

Then there are some of the smaller city departments that are just as important for the health and well-being of citizens. One example of this is the City of Corpus Christi Fire Department.

The department may be smaller – because of the smaller area and population size – but they are just as skilled and dedicated. This is another department familiar with the risks of oil and fuel pipelines.

They claim that most chief officers there have dealt with at least 12 fires in petroleum storage tanks.

They also carry out a lot of work at the port in the city to protect those working with the fuel, cargo and on the boats. You can find out more here.

How to Become a Houston, TX Firefighter

I can’t talk about the biggest and best fire departments in Texas without mentioning Houston. Houston is an ISO 1 rated company with stations covering 654 square miles to protect more than 2 million residents.

This means a staff of more than 4,000 firefighters on hand to tackle fires, medical emergencies, accidents and major incidents. Therefore, they can claim to be one of the biggest in the world.

The requirements in Houston are very similar to those in the rest of the state. You need to be no older than 36 with a clean record, good education and a good level of physical fitness.

The interesting thing here is that they ask for 24 transferable college credit hours at a C grade or above. This shows a greater emphasis on knowledge before coming into the fire service.

That is where those academic courses above can really help. Non-certified applicants go on into an academy class with 38 weeks of fire and EMT training. Certified applicants move forward to an 11-week program instead. Learn more here.

Job Prospects for Firefighters in Texas

The metropolitan area of Dallas-Fort Worth-Arlington has the 4th most employed with 8,570 with a ratio of 2.40 per 1000. Houston-The Woodlands-Sugar Land also ranked highly with 6,2000 employed.

In Houston, the base rate for a probationary firefighter is $40,170 and this increases year on year with experience. There is also $1,800 bi-lingual pay and additional compensation for medical experience.

As long as you’re prepared to train constantly to meet the needs of your department, there shouldn’t be too many issues become a Texas firefighter.

There are some diverse departments across the state that deal with all kinds of rescues, fires and major emergencies. Show them the right attitude and character from day one and you should have no trouble making your mark and helping out your community.

A flashlight is a tool that many of us might take for granted. However, firefighters know that a flashlight is far more important in their day-to-day lives.  They light the way in emergencies to...

Continue Reading
link to EMT vs. Paramedic: What’s the Difference?

Choosing the right career path for you is a life-altering decision, so it’s one you want to give plenty of consideration. Currently, you’re stuck between the ideas of working as an EMT or a...